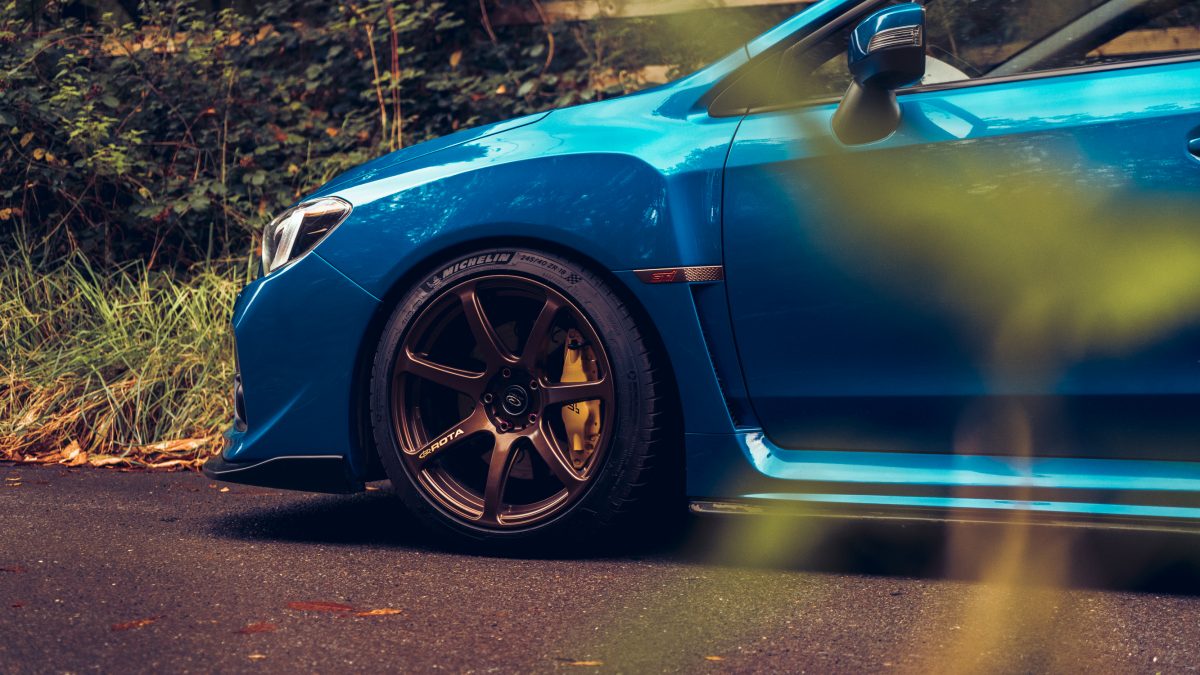 Andy has owned his 2014 1st edition VA chassis STi for three years. The car itself was an ex-demonstrator, packed with all the desired factory optional extras.  Andy purchased the car from a company called Evotune who had rebuilt and forged the EJ25 engine after it had suffered a bottom end failure.

Once rebuilt, the car was running sweet. However, the circles that Andy mixes with include a number of friends who either have Enginetuner-built engines or cars that have been tuned by Enginetuner. Andy is a long-term Subaru owner and for the last 15 years, he was fully aware of the services offered by us. Once he had collected all the necessary parts for more power it was delivered to us at ET HQ.

Packed up and full of car parts (who said Subarus aren’t practical?), the VA arrived and the team set about giving the car a health check before removing the engine to aid installation of all of the new performance parts. In the pursuit of power, Andy opted for an SC42 turbo accompanied with a new turbo blanket, a set of RCM headers, a Perrin intake hose and 3” Invidia turbo-back exhaust. Whilst the engine was out, Andy made the sensible call to replace the timing belt with a new RCM belt kit.

he EJ25 was treated to a set of new ID1050 injectors and NGK spark plugs, new Perrin fuel pressure kit with gauge, to support the new turbocharger.

A superb Process West front mount intercooler and K&N induction kit were also installed to help get the EJ25 breathing better.  As is often the way when fitting a front mount intercooler, we needed to remove the dump valve flange and weld a new one on to the new intercooler pipe to support the chosen blow-off valve.  The pipework was then sent off for powder coating. Anybody that knows Andy, knows he has an affinity for bronze, so naturally the pipework had to match the gorgeous wheels that fill the VA’s wheel arches.

With the new performance modifications installed it made sense to choose a clutch to handle the new power. A new Exedy clutch and flywheel were installed, before refitting the engine into the chassis.

The next port of call was to hand the keys over to Martyn for dyno tuning. After some one-on-one time with Martyn the STi was producing a fire-breathing 456BHP.

Chatting with Andy, he advises us that he uses the car as his daily driver. Whilst in our care Andy was forced to go back to his roots and use his other flat four air cooled vehicles. I say vehicles in the plural as Andy had to swap between two classic Volkswagens when they inevitably broke down. Andy’s favourite thing about the car is the driving experience and the soundtrack thanks to Martyn’s added in overrun strategy which was mapped in, whilst the car was being tuned on the dyno.

For more information as to how we can help you with your pride and joy don’t hesitate to get in touch!