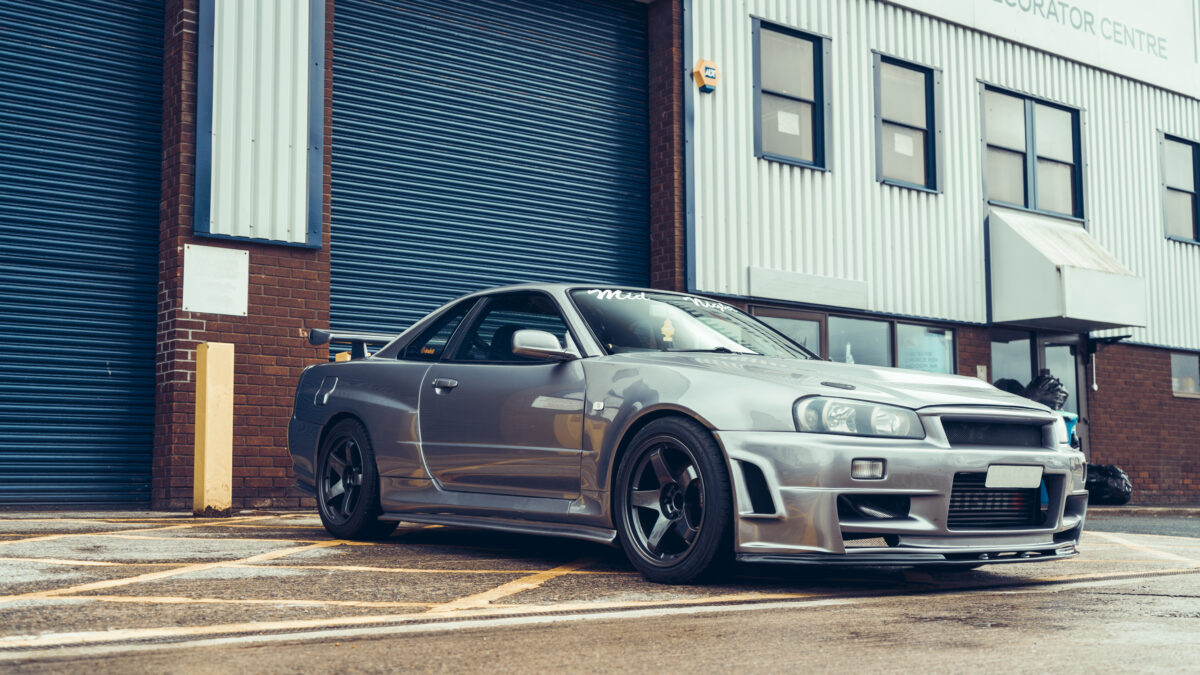 Bradley contacted Enginetuner in January via our Facebook page to enquire about having his R34 Nissan Skyline mapped. During a subsequent call with Ben, he mentioned how he had bought an Enginetuner-built Impreza STI and was blown away by how well it drove. As seems to be the norm for Imprezas, his car had been tweaked before by other establishments, but he reported that it only drove well after we had worked on it.

Having moved on to his latest project, an R34 GTT Skyline inspired by the Nismo Z-Tune cars, Bradley spent the latest lockdown phoning around looking for someone to map his car. Starting to get disillusioned with hearing the same thing from phone call to phone call – “you need this and that on that car” and “this is the way you should do it”, Bradley reminisced about his STI that drove so well and decided to contact Enginetuner. Even though he lives in Yorkshire, he figured it was potentially worth the long journey to trust his car to the best in the business.

The first thing Ben asked Bradley was: “what are you planning to use the car for?”. A light bulb went on in Bradley’s brain – nobody else had stopped to ask such a simple, yet vital question. After a lengthy discussion about the spec and his use of the car, Bradley and Ben planned the best course of action to suit his goals. A Link plug and play ECU, supported by a JT Innovations Toucan touch screen display.

Bradley’s R34 already had a hybrid turbo, GTR injectors, modified inlet manifold with a front mount intercooler and a free-flowing exhaust. He wanted to be able to run both a high and low power map with a valet mode should his car have to be left with someone who’s not experienced with driving a high power rear-wheel drive vehicle. He also wanted selectable flames / anti-lag for when the show season opens up. The Toucan was the way to go. Map selection on the fly, launch control and anti-lag buttons on the screen, all of the data you could possibly want at the touch of a finger and the added in-built CANBUS immobiliser, for when the vehicle is left out of sight.

Bradley reported that throughout the build of his Skyline, it had fought him all the way. From big brake kits that didn’t fit, to a Z-Tune body kit requiring extra parts. The gearbox had been out numerous times, as had the engine.

The struggle didn’t stop there. On mapping the Link ECU, as is common with the RB engine series, we discovered trigger errors right at the top of the rpm rev range. Unfortunately, 20-year-old wiring and a less than adequate triggering system design meant that we had to park the mapping until we could fit a more modern system. Two weeks later and Bradley was back to have us supply and fit a brand new trigger setup.

Base timing set, the Skyline was back on the dyno where the RB25 Neo engine sang seamlessly all the way to the redline. Progressing through the map once more, we quickly started to head towards the end of the acceptable injector duty target. Knowing that the injectors should have been up to the job, we tested the fuel pressure and the fuel pump wiring, discovering that the existing fuel pump wasn’t up to the task. Whilst on the dyno, we fitted a new 340lph fuel pump which meant that we could get the car into the Enginetuner 400+ BHP club.

The very next day after collection all the way from Yorkshire, Bradley was on the phone to report just how well the car was driving; “the best it’s ever driven!” He also updated us to say he had left an unsuspecting Porsche 911 for dust!

It was a pleasure to meet Bradley and to work on his immaculately clean Skyline.

We’re looking forward to next year and the next round of upgrades with this car!